The Spindrift Saga are an independent Australian act renowned for their tight live shows, “catchy rhythms, bright licks” and big alt funk rock sound. In the last few years The Spindrift Saga have toured extensively and supported the likes of The Living End, Thirsty Merc, The Rubens, British India and other music industry heavyweights. The band’s debut full length record “Badnormous” has received airplay around the country and cemented The Spindrift Saga’s unique place in the alternative rock scene. The band have recently released three singles “Batsh!t Bay”, “Musical Theme” and “Smile”. In July 2017 The Spindrift Saga played their first international shows in Japan.

The Spindrift Saga hail from the sleepy South Coast of New South Wales and features a talented lineup of musicians. Chris McGrath, Mick McGrath and Danny Freeman all come loaded with Music degrees and have spent their lifetimes refining their craft. The trio are known for their incredibly engaging high energy live shows and attention to musical detail. Dave Tweedie joined The Spindrift Saga on bass for most of their 2017 shows.

Throughout 2015 to 2017, The Spindrift Saga supported Thirsty Merc on several occasions, as well as landing supports for The Living End, The Rubens, British India, Alpine, The Bennies, Maxi Priest (US #1 charting artist), Altyian Childs (X-Factor winner), Hockey Dad, The Strides and many more. In 2015 the band were the main support for The Waifs at Moruya’s Granite Town Festival in front of a crowd of 2,500. The Spindrift Saga also performed at the King Island Festival, Rock The Turf and Nellijam festivals. In 2017 the band undertook a large east cost tour visiting Brisbane, Sydney, Melbourne and many regional centres. Following this tour The Spindrift Saga travelled to Japan to perform their first international shows concluding with a sold out performance at The Blues Alley in Tokyo.

With comparisons being drawn to the music industries alternative heavyweights, “these lads have crafted a truly unique sound best described as electrifying”. The Spindrift Saga is a head-turning power trio with musical ‘chops’ to burn who cover an enormous diversity of styles in their performances. Influenced heavily by funk music, The Spindrift Saga welds this syncopated groove element seamlessly into their rock roots. The result is a sound that could be likened to acts such as The Red Hot Chilli Peppers, The Living End, Soundgarden, Incubus and other industry frontrunners. 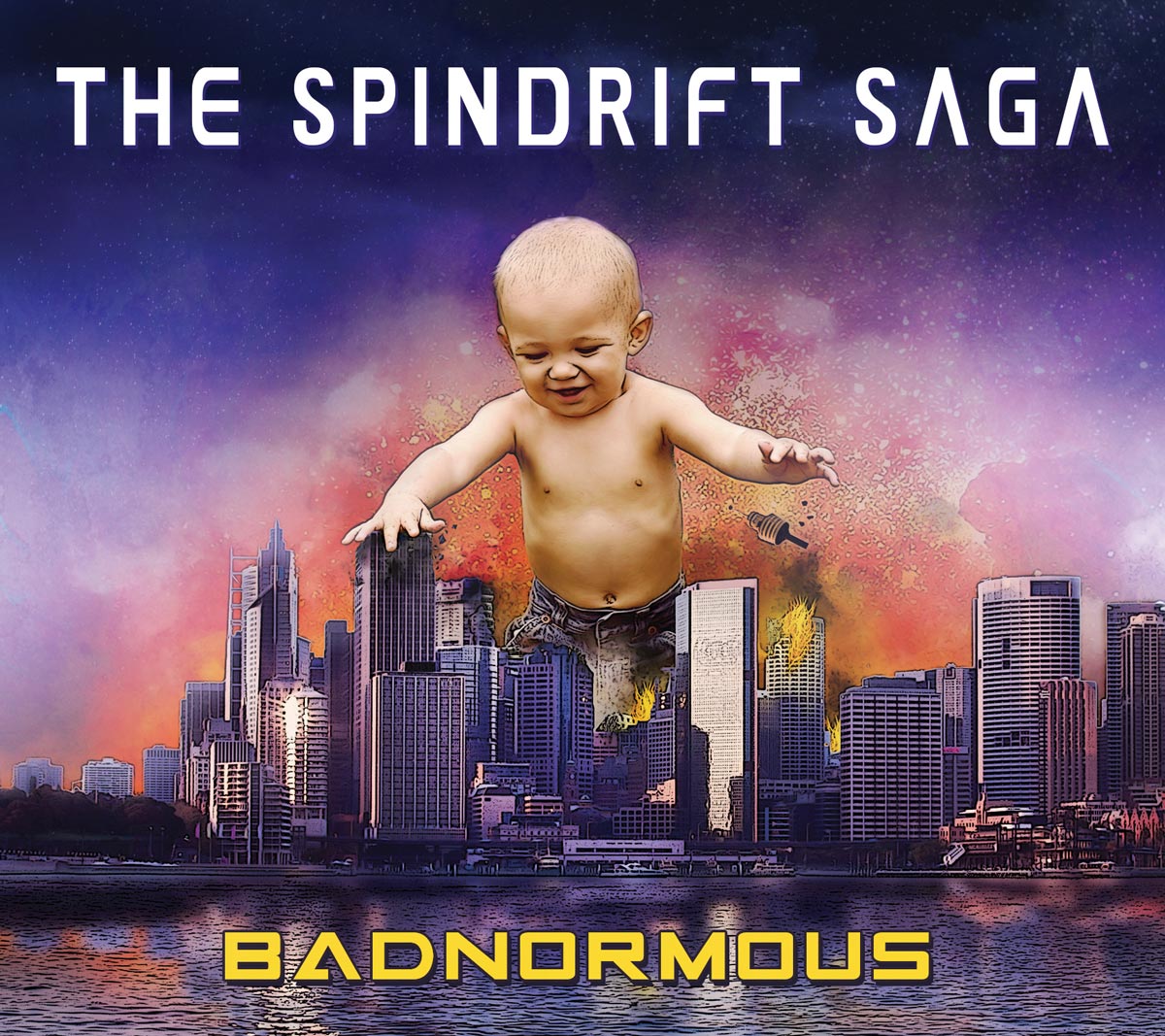 The band’s full length album release ‘Badnormous’ dropped early in 2016. The band signed to a independent digital distribution deal for the album, which is now available at most online music outlets. Badnormous was well received by local community radio stations and has been labelled as an important independent rock release. The full length album follows up on The Spindrift Saga’s hugely successful 2014 single ‘Marvin’ and their 2011 EP release ‘300 Hours and Counting’.

The Spindrift Saga now has 300+ shows under their belts, and have proven themselves to consistently deliver incredible live performances. The band have recently completed the final tour for Badnormous in Australia after releasing “Musical Theme” as the last single from the album in March 2017. They followed this tour up with the successful “Badnormous in Japan” tour. The band released thier newest single “Smile” at the end of 2017, which is available online via iTunes, Spotify and other streaming services. The Spindrift Saga will be back on tour at the start of 2019 and are slated to join Choirboys, Thirsty Merc, James Southwell and more at Canberra’s Untapped Festival in February.